How To Leverage Your Income 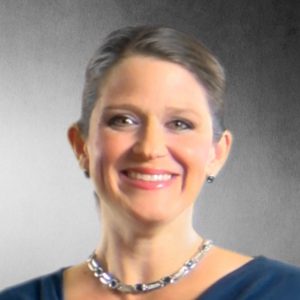 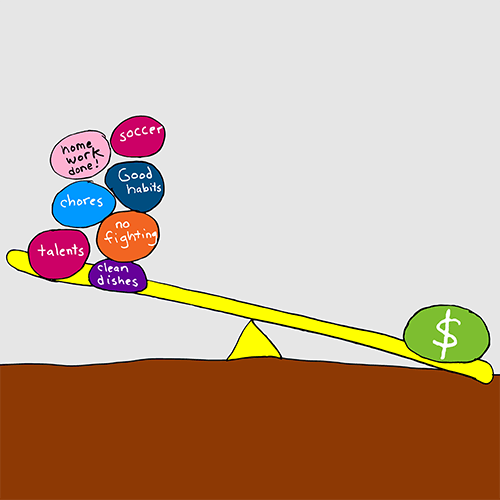 When people first hear about Moneypants, they assume it is an allowance system. Or they assume it is some simple chore app where you pay your kids to help around the house. They immediately respond by saying, “Why should I pay kids money to make their bed? That’s ridiculous. I already give them SO much. Phones, designer clothes, hats, expensive haircuts, entertainment, dance team, music lessons, presents, allowances, and more. If I start paying them money just to lift a finger around the house—the very house they help mess up, I might add—they are going to become completely spoiled!”

And we agree with those parents. We totally agree. Why would you pay your kids when you are already giving them so much? But then we explain to those parents that giving the kids so much stuff is actually part of the problem. We suggest backing off a bit and not give so much stuff for free. Suddenly, those parents perk up. And when we explain that the kids can still have those nice things, but that they should have to work for some of them, the parents get downright excited. You see, Moneypants simply takes what they were already planning to spend and restructures it into rewards. It is NOT an added expense. It’s leveraging what you already have.

Ironically, parents often initially balk at the huge amount of money their child will be able to earn that year. “$1200?! What’s my 10-year-old going to do with that much money!”

First off, parents don’t realize that is in fact what they spend on extras for their kid. That $1200 is money they are currently spending right now. Already.

Then, a minute later those same parents will balk at how little the app pays a child for completing a chore or habit. “My child isn’t going to do the dishes for just 25 cents!” Those parents don’t realize it is actually the perfect amount to pay. If their child does their job every day and completes their 10 habits every day, by the end of the year, their child will have earned that HUGE amount of money the parents were shocked about minutes earlier. The math is right!

Think about it. If that 25 cents is enough pay to potentially equal $1200 by the end of the year, can you imagine how much money your child would be making if they got paid $1 for every time they did the dishes? What if they got paid $5? And what if you had more than one child? Most middle-class families would quickly go broke if their kids kept on working.

Interestingly, a lot of common allowances pay just that. They pay $1, $5, or even $10 per chore! At that rate, even Bill Gates would run out of money by the end of the year. The $5.00 per chore doesn’t fit the typical family’s income level.

The truth is $5 per chore is too much money. Even $1 per chore is too much. Why? Well, there are a couple of reasons. The first one is that parents will quickly go broke. At $5 per chore per day, that would be almost $2000 per year—just for doing the dishes. Add in cleaning their room, practicing piano, and mowing the lawn once a week, and that’s close to $8000 per year—per kid! You’re well on your way to bankruptcy.

The second reason overpaying your kids doesn’t work is that kids who get overpaid will seldom keep working. There is the law of supply and demand. If your kid is making too much money, they will eventually get saturated with money. They will buy everything and anything they want and then they will simply take a vacation from working at all. They’d rather take a leisurely break from working than earn more money. We have had families where this exact situation happened.

One mother thought Moneypants paid too little for her son to do the dishes. So, she opted to pay him $20. He did the job a few times, got enough money to buy himself an X-Box, and refused to work another minute after that. This mother called us in a panic, asking what to do. We calmly reminded her of the simple economic principle of supply and demand. She had to stop paying so much for so little work.

Think about it. The reason you go to work every day is because you make just enough money to pay your bills for that month and buy food. You are constantly motivated to keep going back to work. In contrast, people who win the lottery often quit their jobs. Why would you keep working if you had millions in the bank?

Overpaying your child for a job may seem like it will be a great motivator, but instead it is the equivalent of allowing your child to win the lottery. Like most lottery winners, they’ll actually just end up quitting their job (at least until the money runs out). True, it will work at first. But as soon as your kid has enough money to get what they want, they will stop working altogether.

Overpaying your kids is not helpful. It will put financial strain on the family, and it will not teach work ethic.

If overpaying is bad, what about the opposite scenario of underpaying your kids? Let’s say you tell your kids, “You are going to start earning some of the things we were previously giving you for free”. However, you only pay them a penny every time they get a job done. You underpay them for their work. What would happen then?

Your kids will soon realize that no matter how hard they work, they are never going to be able to have enough money to join the basketball team like they were hoping. They will get discouraged. They will also resent this new system you are using. They will know you can afford to pay for basketball, but you have completely taken that opportunity away from them, and their efforts to earn it won’t make a difference. This is not helpful either.

If you are going to do Moneypants, you have to stick to the math. You have to base it off of your income so you don’t overpay or underpay your family members.

Keep in mind, your standard of living is going to stay the same. Nothing should change. If you are in the income bracket where you normally buy school clothes at Nordstrom’s, your kids are going to have the opportunity to keep buying their school clothes at Nordstrom’s. If you are in the income level where you buy clothing at Target, your kids are going to have that same opportunity. If you depend on garage sale deals and thrift stores for your clothing, that is what your kids are going to be able to earn. You’re not going to be making $30,000 per year and suddenly find your kids are doing all their shopping at Tiffany’s and Bloomingdales. Moneypants works with your current financial situation and supports your goals to live within your means.

All the calculations the app makes are from government statistics and census data. The statistics provide information for families making between $30,000 and $375,000. To make calculations for incomes above $375,000, we used some fancy calculations (using algebra from high school, no less), and got some pretty decent formulas.

To test out our formulas, we have worked with families who make much more than $375,000, and they were surprised to find that our numbers matched almost perfectly with their spending habits. Moneypants can accurately predict how much money you spend on your kids based on your income. Granted, if you make millions of dollars a year and want to setup Moneypants, please contact customer service so we can make a custom plan for you.

Also, if you make less than $30,000, the numbers are a little more difficult. For situations like that, please contact customer service so we can adjust the app to match your situation.

But what if you don’t have any money at all? What if you are flat broke? What if you have no money in the bank? You are in a bad situation financially. You are currently unemployed. You have no income. Good news, you can still use the Moneypants concept.

How do we know? Because we’ve been there! A couple of years ago, we ran into a financial crisis where it looked like we were going to lose everything. We had gone from making a six-figure income to having no income and no reserves. Nothing we tried worked out, no matter how hard we tried. When it became evident the situation wasn’t going to correct itself quickly, we ended up scrapping Moneypants in our home, the system we had been using for years! It was a colossal mistake.

Most of our older kids kept working and contributing even though they knew there were zero rewards. Our younger children, however, hadn’t learned work ethic. They were a mess. I was going crazy. Not only were we under incredible stress as parents (emotional and physical), but watching our house fall into disrepair was completely demoralizing. I began resorting to lecturing, begging, pleading, nagging, yelling, threatening, and guilt-tripping my kids to do what they were supposed to do. It was exhausting and stressful. I could feel my blood pressure boiling over. I understood why most parents stopped having kids after two or three. They didn’t want to go crazy like I was!

Finally, my husband and I decided we had to do something to restore order and sanity to our home. True, we had absolutely no money and had a total of two working lightbulbs in our house, but despite our destitute situation of zero income, we did have something. We had a digital movie collection. No, it wasn’t money, but it was something.

So, what we did was we went back to using Moneypants. This time, though, we set it up a little differently. If our kids earned $10 on Moneypants, they got to watch a movie on Friday night (a movie we already owned). If they earned $15, I would pop some popcorn or make some other homemade treat. If they made $20, they could invite a friend over. If they made $25, they could invite 2 friends over for the movie night. Sure, there was no money involved and it didn’t work perfectly. However, it restored sanity. It improved things just enough for us to make it through a couple of very difficult years. Everyone was grateful!

The concept of Moneypants stays the same if you are flat broke, “Look at what resources you DO have, and make do with that.” Adjust the Moneypants concept to fit your situation. The reason the app collects information about income is so parents don’t have to have their finances in perfect order before using Moneypants in their home. It just makes things easier! The app can predict what the families are going to spend, and it adjusts everything to that family’s situation. Using YOUR situation to determine how much to pay—it avoids the demotivational pitfalls of overpaying and underpaying. The key to Moneypants is to leverage what resources your family already has and use it to help each member of the family develop their work ethic and ultimately their superpowers.

What about you? Have you ever overpaid your kids? Underpaid them? Been flat broke? How did it work out? Leave a comment below.

Hannah is the co-creator of Moneypants and is the mother of 15 amazing kids.