How to Achieve Your Goals Faster Than Ever 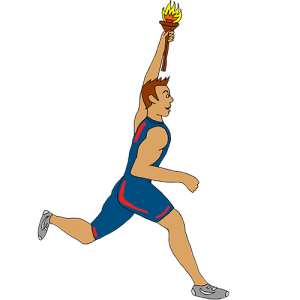 For some reason, I’ve never had a hard time setting and achieving goals. It’s just something that has come natural to me, and I kind of took it for granted. It wasn’t until I got married that I realized how weird I was. My wife would routinely struggle to achieve the goals she would make for herself.

At one point early on in our marriage, my wife pulled me aside to help her with her eating problem. She had struggled for years (ever since she was a teenager) with her relationship with food, going from extreme diets to extreme exercise, and she wanted to stop. She was getting counseling from a nutritionist, but there was still a lot of work to do. She wanted to know how to make good goals.

So, I wrote down some thoughts and shared them with her. We came up with a game plan. And to her complete joy and surprise, it worked. She achieved goal after goal, and completely overcame her eating problem. Granted, there are a lot more nuances than simply setting goals, but the basic concept is the same.

Since that time, I’ve worked on fine tuning my thoughts on how to set goals. In fact, the Moneypants app is simply a goal setting system with built-in rewards. It’s a way to create and achieve goals for yourself and your children. And behind it all are five main principles that should help anyone set and achieve any sort of goal they want.

Any goal you set should meet the following criteria:

If you make the goal “I’m going to be healthier this year”, that’s not specific. Or measurable. What are the criteria so you know when you achieved your goal? What is the end result you want? This type of goal doesn’t have the power to produce action. A better goal would be “I’m going to eat three meals a day and not skip meals anymore”. Then, of course, you’ll have to define what qualifies as a meal, but it’s much closer to a good goal. Be specific when setting goals.

You can’t achieve a negative goal. A lot of people make this mistake. They make a goal like, “I’m going to stop smoking.” While that may be a commendable desire and a good thing to do, it won’t work. Why not? Because in order to stop doing something, you have to replace it with another activity that requires as much if not more energy and time. Otherwise there will be a vacancy in your schedule that most likely will get filled with a similar activity as the one you just stopped doing. It won’t do you any good to stop smoking unless you replace it with something else that’s better.

We’ve seen plenty of people give up one vice to simply replace it with another. They gave up smoking and picked up drinking. Or they gave up gossiping and took up excessive Facebooking. In order to achieve a goal, you have to make the goal a positive thing. Psychology reminds us that negative goal setting results in poor results.

When stopping smoking, for example, the thought is “I’m not going to smoke. I’m not going to smoke”. What are you thinking about? Smoking! You end up obsessing about the very thing you’re trying to stop doing. And with smoking in the forefront of your mind, you’ll be thinking about it constantly, and then you’ll end up doing it. Remember the phrase: first we think it, then we say it, then we do it. To curtail a behavior, it has to stop at the thought level.

On the other hand, if the goal is eating healthy or going to the gym, what are you thinking about? Eating and working out. You’re not concentrating or thinking about smoking, even though your desire is to stop.

So instead of saying, “I’m going to give up smoking”, rephrase it to something like, “I’m going to start eating three meals a day and go to the gym at least one time a week”. Or better yet, come up with the reason WHY you want to stop smoking. Perhaps your reason is because you want to be healthier and live longer. Or so you can participate in sports. Or to set a better example for your family members.

Which is why you’ll notice all our recommended habits on the point charts are positive behaviors that are measurable and specific. Even the peacemaker goal. Notice it doesn’t say, “no fighting”. We specifically chose the goal “peacemaking”.

A common mistake people make is to create grandiose goals: “I’m so out of shape. I haven’t exercised in seven years. But this year is going to change. I’m going to run 5 miles every day!” This goal will not work. True, the initial excitement will kick in and you might actually run those five miles every day for the first few days. Or maybe even a couple of weeks. But pretty soon you will peter out and lose the focus and energy to sustain such a lofty goal that’s so far removed from your normal routine. We’ve all been there and done that.

A better approach would be to create a more reasonable goal: “I’m going to go to the gym for a half hour on my way home from work on Thursdays”. Or, “I’m going to go for a 15-minute walk with my daughter every weekday.” Then, once you accomplish those easier goals, then you can make adjustments and increase your frequency of going to the gym. But start with something more reasonable.

You have to know when your goal is going to end. If your goal is to spend more time with your kids, make that goal for three months. Your goal would look something like this: “I’m going to take at least one kid out for ice cream each Thursday after work from now until April.” You can always extend it or modify it if at the end of the three months you’ve achieved it.

Don’t make the goal unlimited. Do not make unlimited goals. Those types of goals collapse under their own weight. They’re too overwhelming to achieve, and the first time you mess up on your goal you’re likely to give up. But if you know it’s for three months, and you messed up just once, you can keep going and may even feel the urge to make it up next week for the missed time this week.

Give yourself milestones, too. The best goals are relatively short. Like the goal to eat a whale. How do eat a whale? One bite at a time. But it’s much more manageable and less overwhelming to cut the whale into portions. In order to eat the whole whale in a year, break it up into 12 sections, one for each month. Then break it down into weeks. Then into days. Then into meals. It’s no longer insurmountable anymore. You’re still eating a whole whale, but it’s not as overwhelming. Plus, if you mess up and forget to eat a meal, you can always make it up the next meal and not be overwhelmed. You’re still on track to eat that whole whale.

The end goal is to get your child to go the rest of their life being a peacemaker. But that’s too overwhelming to consider. So just for the year? Too tough. What about the month? Nah, they couldn’t last a day. That bad habit of fighting is too engrained. So, you break it down into days or even hours. And then reward for achieving those milestones.

Be Accountable to Someone

If you don’t report to someone, your goals are a lot less effective. There is a fantastic quote that explains this: “Where performance is measured, performance improves. Where performance is measured and reported, the rate of improvement accelerates.” Reporting progress accelerates the improvement. By default, the Moneypants system uses parents as the accountability partner. Kids are supposed to be accountable to their parents and then have a weekly payday, which is like a report. The parent and child go over the point chart and review progress made for the week.

Moneypants works in the exact same way with parents. Each spouse is accountable to the other spouse. They report back to each other on payday.

Have a Reward in Place

Achievement of a goal is a great feeling and a wonderful reward, but when times get tough, that hope of achievement isn’t enough to keep you going. You need something else: an external reward. Moneypants is set up to have payday, which is a weekly reward and is a good place to start. Even then, though, sometimes an additional reward is necessary. Additional privileges or activities predicated upon certain behaviors help create that additional reward that helps motivate success.

For instance, if your child is able to get their journal writing done all week, then they might get paid $3.00. That’s a nice monetary reward, but what if as an additional reward they get to go the library and pick out another book (yes, this suggestion is for nerds and homeschooled children, but it works!)? Or they get to have a friend over and watch a movie together with popcorn? It’s another layer of rewarding that helps ensure success when setting and achieving goals.

Recently, our family started using movie night as a reward. For every kid who earned a certain dollar amount during the week, they could watch the movie.

With that in mind, be sure to customize your family’s habits to match the goals and desires you have for your children and they have for themselves.

There’s a lot more to setting and achieving goals than what we covered here, but this should be a good reminder if you get stuck or for some reason your goals aren’t working out. If you use the Moneypants app, there are a lot of tools to help. Setting up goals and habits is easy. Then there is mastery, which includes milestones and rewards.

While Moneypants may look like a chores app, but at its core, it’s actually a fine-tuned system for achieving personal goals that implements all five principles of proper goal setting. When used properly, it’s powerful. And amazing.

You can download a cool PDF of the Proper Goal Setting Principles by clicking here.

What about you? What methods do you use for setting and achieving goals? Did we miss anything? Leave a comment below.

Phontaine is co-creator of Moneypants and the proud father of 7 sons and 6 daughters. 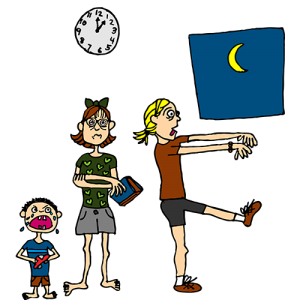 Put Your Darn Kids To Bed 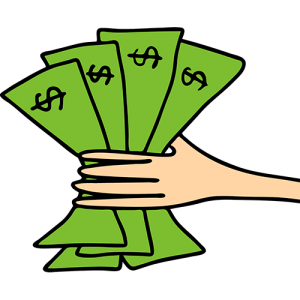 The Power of Cold, Hard Cash 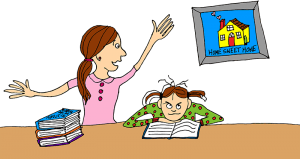 Take the Stress Out of Homeschooling 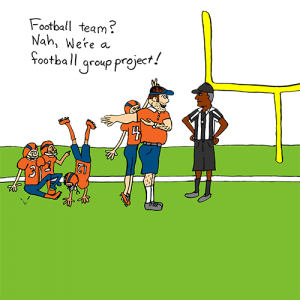 Group Projects Are A Fraud 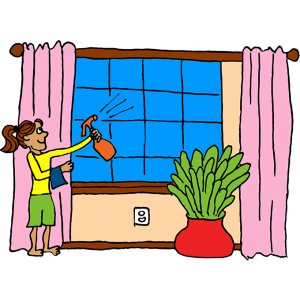